I am not here to implement my point of view or to convince you. I will only show the real information about all the countries. Whether it’s an Asian country or a European country

We will share P*rnH*b and Alexa Data because google never shared any data realted to this Qurey.

Again in the year 2021 is the United States which provides the highest traffic to the website p*rnh*b. The traffic is then followed by other the United Kingdom crossing Japan. Where Italy and Mexico push the traffic ahead from Canada. While on the other hand Columbia, Germany, and the Philippines come to the top 20 list in 2021. All the countries collectively generated up to 79% of the daily traffic on the website p*rnhub. We will be looking to the forever tree view of the Year 2022 soon.

The average website duration of the United States has decreased in 2021 by 23 seconds. Here are some cities mentioned with duration time.

Most visited site in the United States according to Alexa insights:

Here are the top-visited sites in India (click Here)

Spread of fake news about Pakistan:

All the Indian p*rn sites have claimed that they have a high traffic of Pakistani visitors towards their site. The personal issues between India and Pakistan do not mean that they will spread fake news about an Islamic country.

I am ending up this article with the request and appeal that please don’t misguide your site visitors with fake news. Knowledge is the power that comes through information. So kindly provide real and accurate information to those who wanna die in the deep sea of knowledge. Don’t drown them in the sea of fake information and knowledge. Let’s wait for the upcoming review of the 2022 results. Fact check: How fast can a rhino run? | Speed Differences 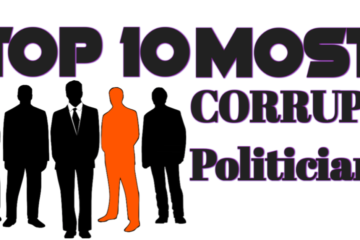 Top 10 corrupt politicians in the world

The different religions followed all around the world teach the lesson of kindness and honesty. The first step to success is, to be honest with yourself, your work, and others. Still, there are some disloyal Read more…